1922 -In January, 1922, Mrs Susan Casson, M.B.E. J.P. established what is belevied to be th first charitable organization formed for the benefit of psychiatric patients in Australia. The organization was called “The Mental Hospital After Care and Comforts Fund Association Incorporated”. (This name was officially changed to “Casson Homes Incorporated” in 1984). The organization is under the direction of a Board, of which Mrs. Casson was a member.

Mrs. Casson’s interest in the welfare of people suffering from psychiatric illness was developed during her time as a member of the Board of Visitors, at the then Claremont Metal Health Hospital. Since its inception, Casson Homes has continued to operate under the guidance of a member of the Casson family.

1925- Initial funds raised by the organization were used to provide Christmas presents for patients, an annual sports day and river trip. The river trip, begun in 1925, continues to this day to provide an annual outing for patients at Graylands Hospital and residents of Casson Homes.

1935- Money raised was also used to pay Board and Lodging for patients after their discharge from hospital. It was decided in 1935, due to the cost of providing the service, and difficulty in obtaining suitable accommodation, that the Lotteries Commission be approached to assist with the purchase of a home in Woodville Street, North Perth.

The home was acquired, at accost of $3,600 and became the first accommodation specifically for people who had suffered a mental illness. A total of seven residents were housed initially.

1942- Later additions, again with the assistance of the Lotteries Commission, extended this building to cater for 46 residents. In 1942 the Association purchased an adjoining property for a cost of $17,000 for future development.

1945- saw Mrs. Casson hand over to her daughter, Mrs. Malitda Gard, the administration responsibility of Casson Homes. Mrs Casson remained an active member of the Board from many years. Mrs. Gard was awarded the B.E.M for her contribution to society, exactly twenty years after her mother received the M.B.E for services to the community.

1947- The organization continued to expand to meet increasing need for accommodation with a further extension to the original building in 1947, again with financial assistance of $6,910 from the Lottery Commission, provided a total of 60 beds.

1961-A recreation hall for social activities was completed in 1961, for concerts on the premises.

1962- In 1962 funding from the Lotteries Commission allowed the purchase of a property in South Guildford to accommodate ten men. The building was named “Matilda Gard Hostel”. This hostel operated until 1975 when the premises were converted to provide badly needed occupational therapy day activity space for residents of the growing number of psychiatric hostels, within the Guidlford area. This service, manned by staff from the Department of Psychiatric Services, continued until 1986, when the Government purchased their own property.

An additional property in Woodville Street, North Perth, was purchased and rebuilt in 1970 to provide a further 26 beds and staff quarters. With the increased number of beds, some of the rooms in the original house were converted to single occupancy. A total of 89 beds for women were available in 1970.

1970- An additional property in Woodville Street, North Perth, was purchased and rebuilt in 1970 to provide a further 26 beds and staff quarters. With the increased number of beds, some of the rooms in the original house were converted to single occupancy. A total of 89 beds for women were available in 1970

1977- an existing hostel was under threat of closure, was purchased in Helena Valley, an now as “ Woodville House” provides accommodation for 25 men and women, in a pleasant rural setting

1993- Two additional homes were purchased in North Perth, one of these homes specifically for younger people with more acute illness and thus harder to place. This home to be joint venture with Eastern region Community Rehabilitation Team

1999- Main Administration building was relocated to No. 3 Woodville Street, allowing No. 5 to be used an independent living unit attached to Casson House.

2000- Planning begun to relocate and rebuild St. Rita’s Nursing Home to provide a home for existing residents and 20 new residents.

2001- A storage unit was purchased at Bayswater to consolidate equipment and stock.

Premises on the corner of Woodville and Angove Streets leased and other property in Angove Street remain leased. An additional 14 seat bus was purchased for the residents outings.

2002- New St. Rita’s completed and opened on the 8th November 2002, incorporating Gormley House and Yates House and is home to 47 residents. The facility houses 8 low care residents and 39 high care which includes 2 CAP beds that are managed by Royal Perth Hospital

2014 – Purchase of a ex hostel called Rosedale Lodge in Guildford. The purpose of this property will be to accommodate people who             are disadvantaged and in need of support

2016 – Major furniture and refit for all three sites completed 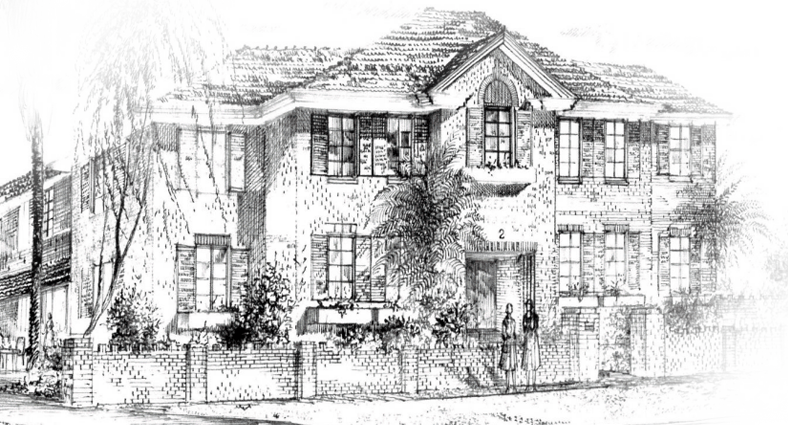